Over a thousand series in the Shonen Anime genre feature a wide range of heroic characters with varying levels of strength. There are all kinds of characters with abilities in the various series because there are hundreds of thousands of universes that have been built and expanded upon. We can't help but compare the power levels of the diverse cast of characters and their abilities. Discussions comparing the Narutoverse to other fictional universes, such as Dragon Ball, have arisen frequently.

The fact that each character comes from a different series makes it difficult to rank them based on their overall strength, but this list from Littleowh makes an attempt to rank the Major Characters' Strengths In Shounen Anime at their peak.

Even if you've never seen anime, you've probably heard of Son Goku, the titular hero from the Dragon Ball series. It's hardly an exaggeration to suggest that he embodies anime culture as a whole.

Goku, the all-time greatest martial artist, has incredible strength and power. When he transforms into Ultra Instinct, his strength is limitless. Jiren, who is said to have the might that matches God's, is no match for him after learning this form.

Goku is legendary, and he keeps becoming more powerful despite the fact that he may easily kill the whole universe as collateral damage. 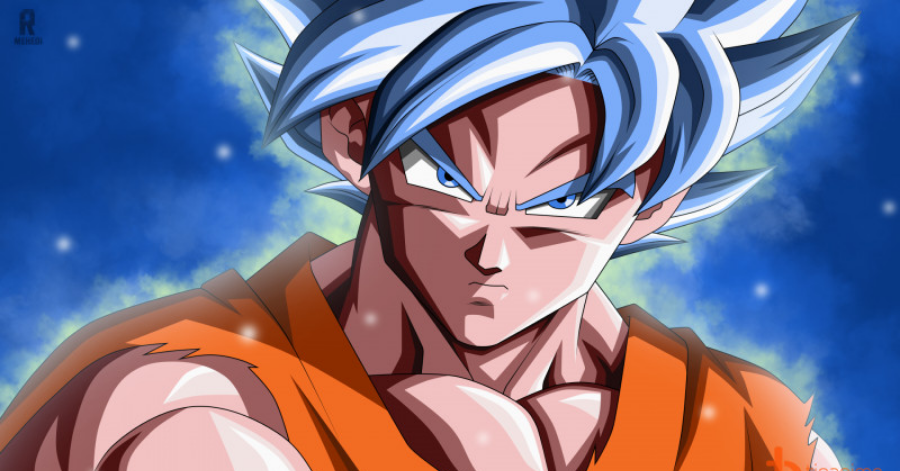 One Punch Man's main character is Saitama. He is the strongest character in the series and someone who wants to be a hero just for the sake of being one for a while. When Saitama finished his third year of training, he had become inhumanly strong due to his body's limiter. However, he still needs to find a foe with whom he can go all out.

The strongest alien, Boros, was no match for him. He also easily defeated Garou (who defeated multiple S rank heroes). This is because Saitama is a parody character, and no one is supposed to be more powerful than him. So he's here. 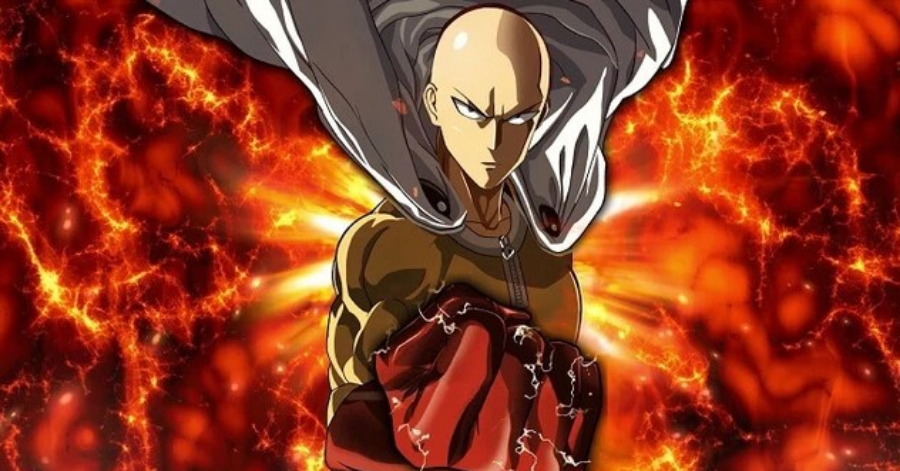 After transforming into a Super Saiyan Blue, he gained access to divine energy, making him even more formidable.

To his surprise, he was able to land a strike on Jiren. Vegeta's evolution and Fission make him one of the most powerful Saiyans currently. 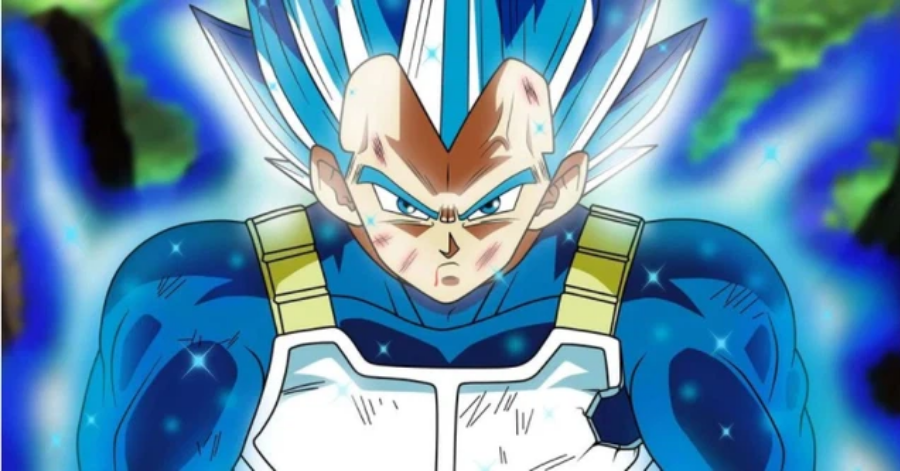 Bleach’s character, Ichigo embodies the idea of a hero with almost limitless resources. Even the most powerful foes can't stand a chance against his diverse collection of talents and skills.

As a swordsman, he is unbeatable, especially when coupled with his intelligence and physical power.

Aizen can't stand a chance against Quincy, Shinigami, Fullbring, and Hollow's arsenal of god-like abilities. All of this combines to make Ichigo a formidable foe and one of the series' most formidable heroes. 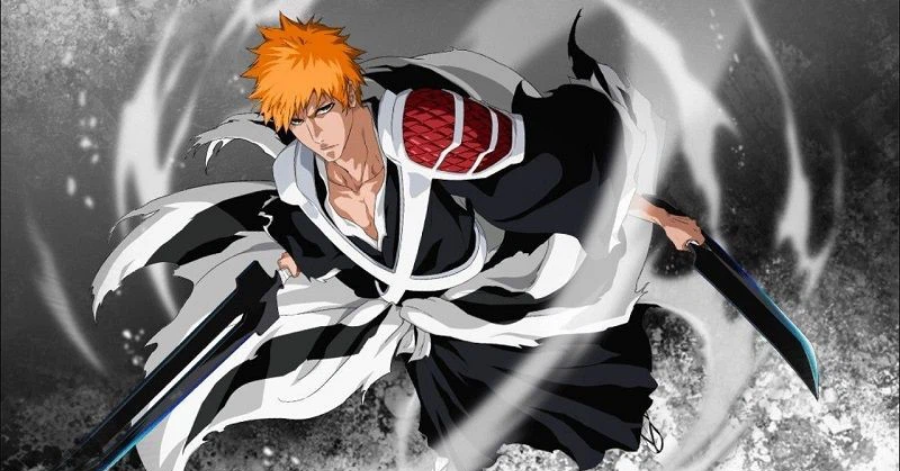 Kusuo Saiki - is a high school student who was born with numerous superpowers despite his parents' lack of them, including telepathy, teleportation, recuperation, item manipulation, and athletic skills. It's very time-consuming...

However, when his superpowers became more strong and harder to control, he was forced to wear an antenna on his head in order to easily manage his power. 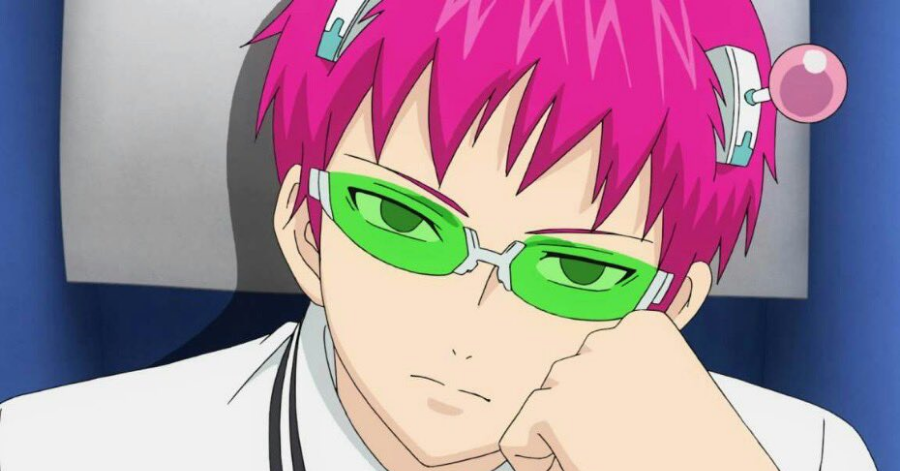 Toriko, like Ichigo, is one of the rare characters that has more than one monster entity inhabiting her body. Ogre took the place of the White Devil, knowing that the guy could not even withstand the tremendous strength of his original demon for a short period of time. Despite the fact that it was just a stand-in, the Ogre was a formidable foe.

Toriko saw his full potential after consuming all of Acacia's complete meals. After then, Toriko's strength grew to the point where he could beat Acacia and send it flying across the globe. 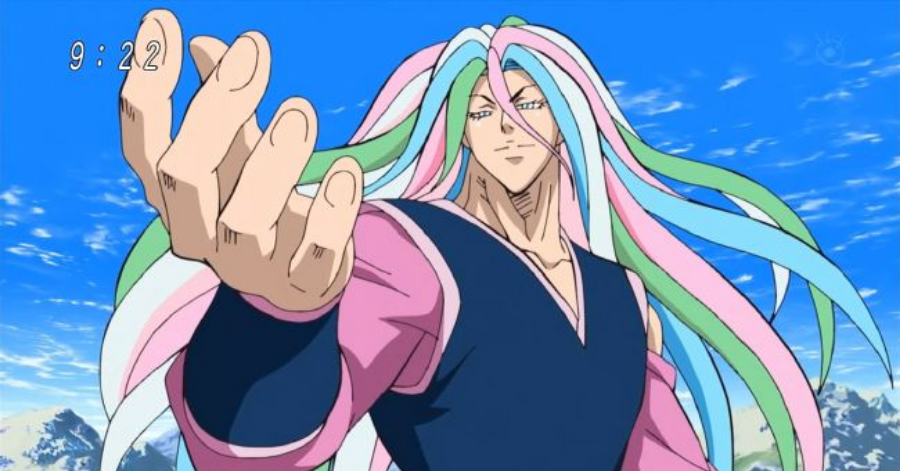 Naruto, a character that embodies the anime subgenre as a whole, epitomizes the success tale ideal.

It was more like going from the most despised guy in his town to the most adored figure in the whole Naruto world, and therefore, to us as well. Instead of going from rags to riches.

While Kurama's possession of a nine-tailed beast first seemed to be a misfortune, it was this same strength that allowed him to become one of the most powerful figures in history.

By the conclusion of the anime, he had mastered the tailed beast, his sage mode, and the Sage Chakra of the Six Paths. Few characters have a chance of defeating him while utilizing all three methods. 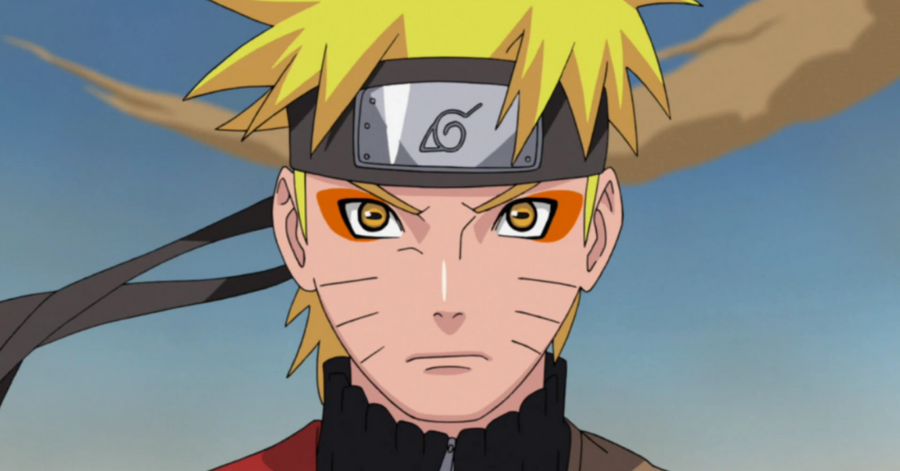 Natsu is the main male character in Fairytail and the younger brother of Zeref Dragneel, the greatest magician. He had previously perished but was resurrected by E.N.D. as his most potent Etherious.

Only he was capable of killing the Black Wizard, according to Zeref's greatest invention. E.N.D.'s strength rivaled that of some of the series' Gods.

Acnologia dreaded him when he fought the powerful Wizard, who was on par with God Serena in terms of might. Natsu eventually defeated the latter and rose to prominence as one of the show's most formidable characters. 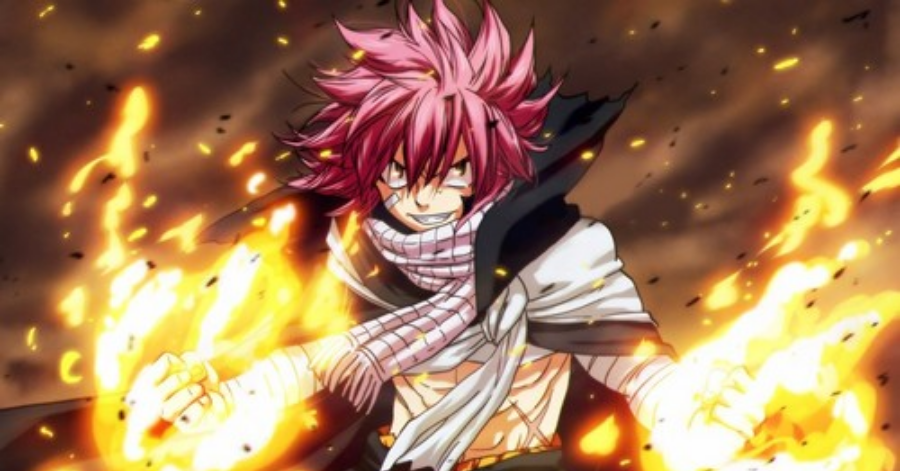 One Piece's main character, Luffy, is destined to rule the seas as king of the pirates one day. He has a rubber power that was previously dismissed as worthless by the scientific community.

Silvers Rayleigh, the former Roger Pirates' First Mate, taught Luffy Haki during the two-year time gap after the Paramount War, and Luffy became skilled in all three kinds. In addition to his previous three gears, he created the Fourth Gear during this time period.

Luffy's strength has grown to the point that he can take on the Four Emperors' best commanders, including Charlotte Cracker and Charlotte Katakuri of the Big Mom Pirates Sweet.

His reputation as a member of the Worst Generation of Pirates adds to his already impressive strength. Luffy will get more strong as the story progresses. 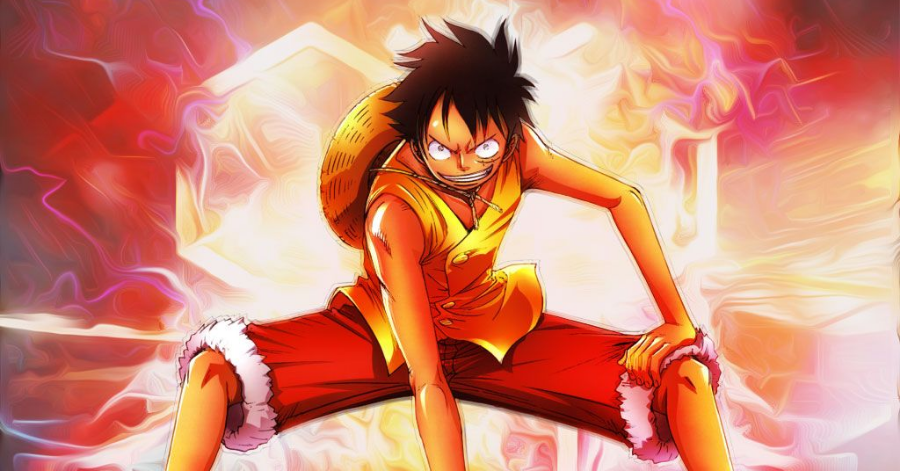 Meliodas is the commander of the Seven Deadly Sins and the Dragon's Sin of Wrath.

Also, he was the tenth commandment's leader and the Demon King's oldest son. In spite of his diminished strength, the fabled ten commandments were no match for him.

Meliodas inherited the Demon King's role after successfully absorbing all of the Commandments, boosting his strength to the same divine heights as his father and literally becoming immortal and unstoppable. 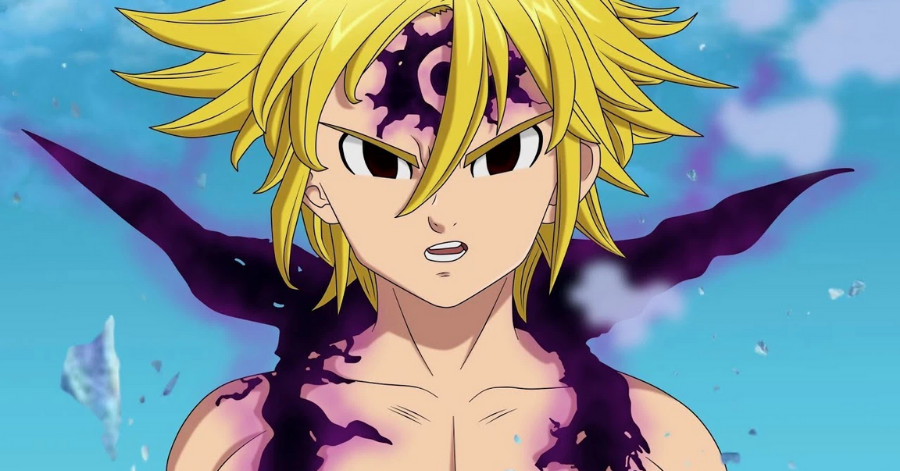 As a Nen Enhancer, Gon excels at both physical strength and healing in Hunter x Hunter. When Gon is among animals, it's because he has a special bond with them. 'Jajanken’, Gon's Nen ability, plays on the Japanese phrase for Rock, Paper Scissor. There are two significant flaws in Gon's ability to concentrate his aura into three different kinds of assaults.

As Gon charges his strike, he becomes susceptible, and by condensing his aura into one hand, he also reduces his defensive capabilities. Gon, on the other hand, may utilize this ability to fool others for a short time. Using a charge-and-drop assault strategy to land a fast blow while conserving energy. 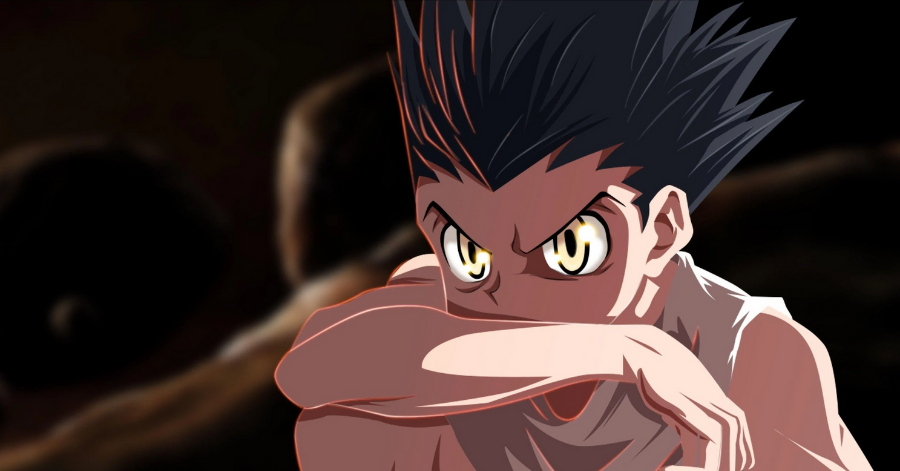 When the game switches to Black Clover, Asta will be much more powerful. According to Nacht, Asta will become the greatest fighter in Black Clover owing to his mana-less body being the ideal host for the powerful anti-magic Asta.

Asta, the main character of Black Clover, lends credence to this assertion. Asta eventually tapped into the full might of the Anti-Magic demon during his battle with Dante, thanks to his right arm.

We'll witness a new and improved Asta as a result of Nacht's promise to help him improve so that he can rescue Yami. His demon might emerge, just as Nacht's did, in an anti-magic zone. 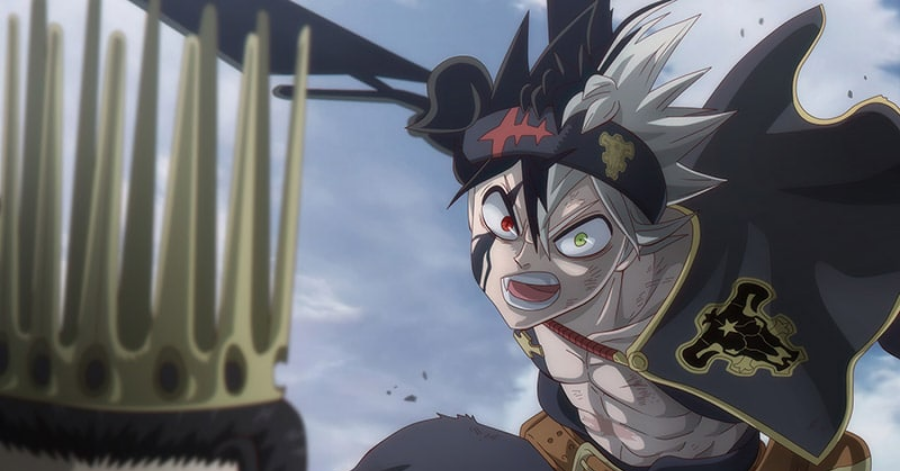 Izuku (Deku) is a My Hero Academia’s character. He was born inept (without Quirk), but due to his heroic acts and after becoming a student at U.A. High School, he drew the notice of the famous hero - All Might. Deku became the 9th person to inherit the Quiz One For All when All Might passed on his Quirk to him.

All Might has been training Izuku for months in order for his physique to be strong enough to inherit One For All. Outside of U.A.'s hero course, Deku possesses a powerful body that enables him to perform better than the typical student.

Deku acquired the ability to utilize a previously collected power after obtaining One For All from All Might. He could move quicker than the eye could see and knock down even the most powerful cybercriminal with a single blow.

However, it reacted against his body, rendering him unable to continue fighting or even competing on stage with his colleagues. Despite this, Deku has tremendous endurance, his desire enabling him to overcome One For All's restrictions. 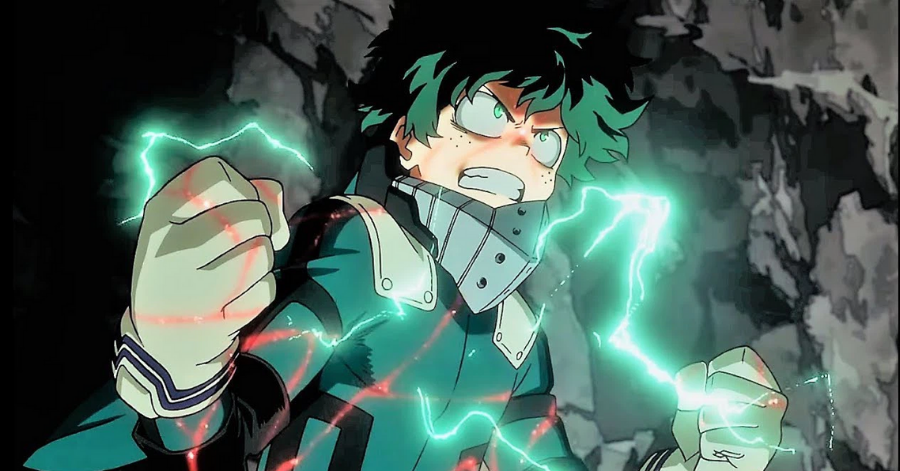 Tanjiro was able to counterattack Giyu when the Water Pillar was caught off guard from the start, even though he was not yet a member of the Demon Slayer Team. He was able to fight many more demons after beginning to practice with the Breath of Water, including the erstwhile Lower Mystic Kyogai. He would have defeated Ha Huyen Ngu Rui if Rui hadn't cut off his own head with his thread after learning the waking of the Fire God Than Lac from his father.

Later, Tanjiro was able to battle the Upper Mysteries, such as the duel alongside Giyu against Akaza, owing to continuous training and earning the Demon Slayer's main Birthmark.

Despite being poisoned, Tanjiro was able to fight Muzan, who gravely injured the other Demon Slayers nearby, during the final battle. Muzan has the impression that Tanjiro reminds him of Tsugikuni Yoriichi, who almost beat him in the past. 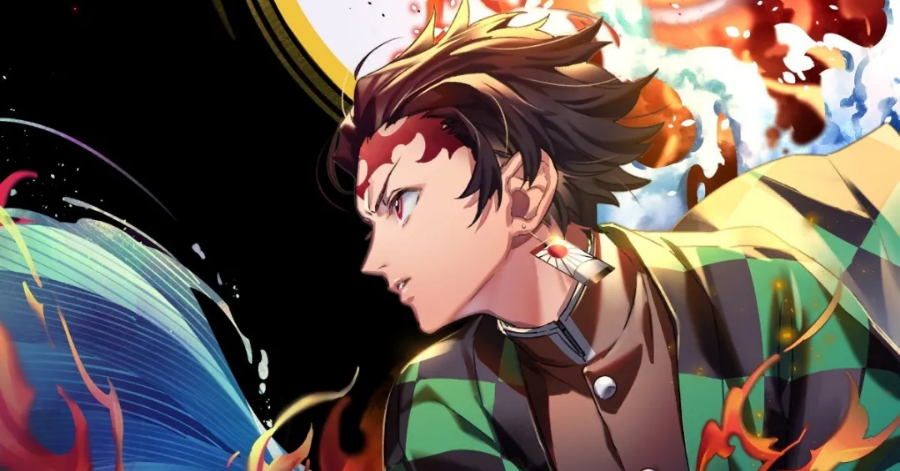 From Tokyo Ghoul, Ken Kaneki was created in the form of a person. He becomes half-human and ghoul after being assaulted by a vampire and learns to manage his ghoul's powers. Ken wakes his kagune, transforms into a kakuja, and is given the nickname centipede due to the kagune's look.

Ken Kaneki's hybrid condition allows him to be much more powerful than natural-born vampires. His Rinkaku Kagune has increased in size over time, resulting in more tentacles with greater reach. He also grew proficient at managing his Kagune with ease, despite his initial difficulties.

Kaneki is also an excellent thinker who can think on his feet and is skilled with the quinque Yukimura 1/3 Koukaku. If that isn't enough to make him a badass, he also has superhuman strength, agility, endurance, and remarkable regeneration powers. 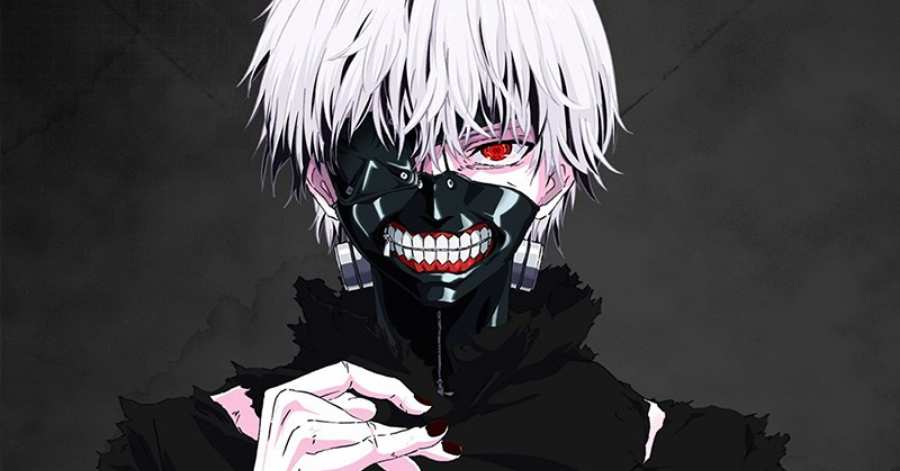 With Littleoh's Ranking The Major Characters' Strengths In Shounen Anime just now, perhaps it makes you feel fascinating, although not quite correct. Do you have any ranking of your own?