Top 5 Manga in Which The Main Character Has a Superpower

Almost everyone spent their youth reading at least one or more Japanese manga series. People pay great attention to manga/anime in the combat genre in particular. Each character in it has a unique "talent" that leaves an indelible impact on readers. However, have you ever considered which series has the character with the most "heavy" power? In the next article, we will present the Top 5 manga in which the main character has a superpower that anybody who wants to fight must be cautious of.

Son Goku is the main character of Dragon Ball. This is without a doubt one of the most popular characters, with a following that reaches well beyond Japan.

Son Goku has such a bright, optimistic, and friendly demeanor that many people regard him as "innocent and innocent." However, when it comes to Son Goku's abilities, everyone agrees that he is the primary character in the manga universe who holds the most strong and limitless strength of all time. Son Goku possesses several unique and powerful talents and is regarded as the greatest Saiyan to have ever lived and existed. Not only that, but Son Goku is one of the few Saiyans that can perform all of the Saiyan transformations.

Son Goku's outstanding abilities include high endurance and no fatigue; the ability to move so quickly that it cannot be seen with the naked eye; the ability to feel the energy of living things even from a great distance; incredible telepathic ability, being able to read minds with the touch of his head... 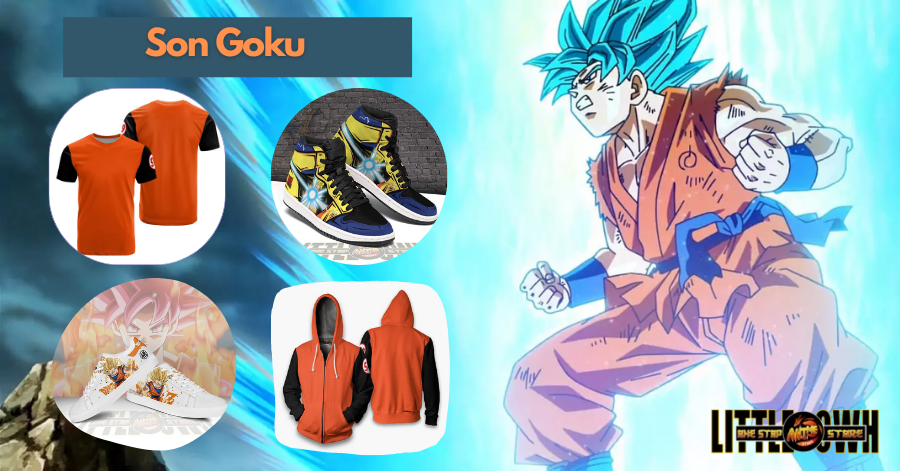 Going against all clichés about a "cool-faced" superhero in the manga world, the creator of One Punch Man has developed his main character to look more than "trivial to the point where it could not be more common". This figure is bald, has lifeless fish eyes, and is pitifully emaciated. However, don't be fooled by the guy's looks since the opponent is soon smashed with just one blow.

In terms of personality, Saitama is a basic, naïve, and sometimes "dumb" person. Still, when confronted by the adversary, we see an entirely other Saitama, unable to be of being more domineering. So, what are you waiting for to learn more about this intriguing character? 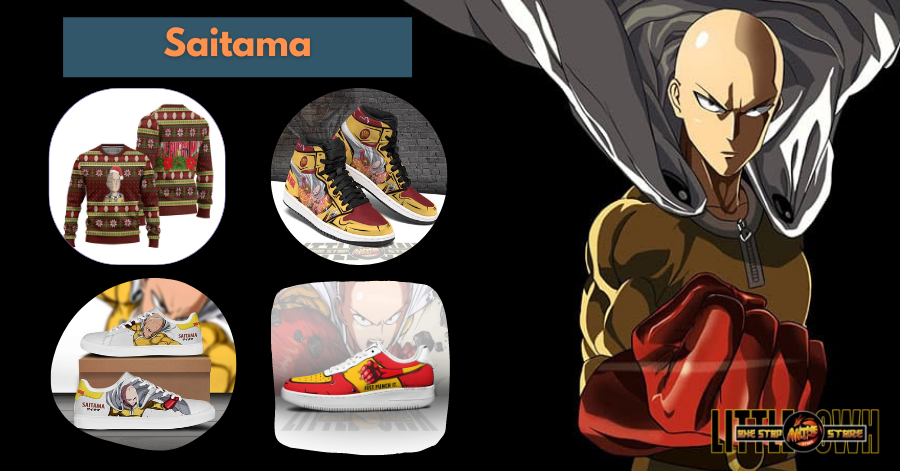 Inuyasha's universe is filled with youkai with superpowers, but the main character - Inuyasha - is merely a half-demon, half-human, half-love. Although he is not a pure-blooded youkai, he is not overly powerful, and he is aided by his father and brother. Especially after Inu no Taisho returned the sword Tessaiga to Inuyasha, which was capable of absorbing the opponent's demonic power and allowing its owner to wield it at whim.

Tessaiga, in particular, is famed for being a sword that defends the human world by beating 100 opponents at the same time, and not everyone may wield it save the owner that this sword has recognized.

Tessaiga also assists Inuyasha in controlling the demon in his body so that he does not transform into a vicious monster. As a result, Inuyasha must constantly have Tessaiga with him. 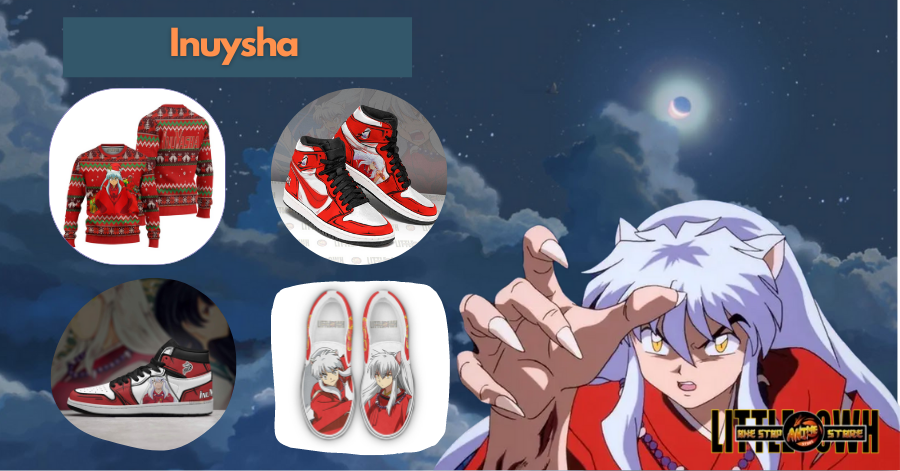 In terms of his identification, Naruto is the sole son of the Fourth Hokage and the Sixth Hokage's "favorite" student. He is also the best pupil of Jiraiya, one of the three famous Tamnin. He taught him the "strong" Rasengan method. Naruto merged the Rasengan with Wind Release and Immortal Technique after successfully mastering it to the utmost. Naruto's most popular combat techniques are Rasengan, Sage, Clone Technique, Spirit Magic... Of course, we can't forget Uzumaki Naruto's strongest condition, the Nine-Tails and Tailed Beast chakra, which allows for shapeshifting.

Naruto was often shunned by everyone when he was born owing to the Nine-Tails locked in his body, and he had to grow up alone. However, by his amazing efforts and honest character, he gradually rose to become a hero beloved by the whole Shinobi community. 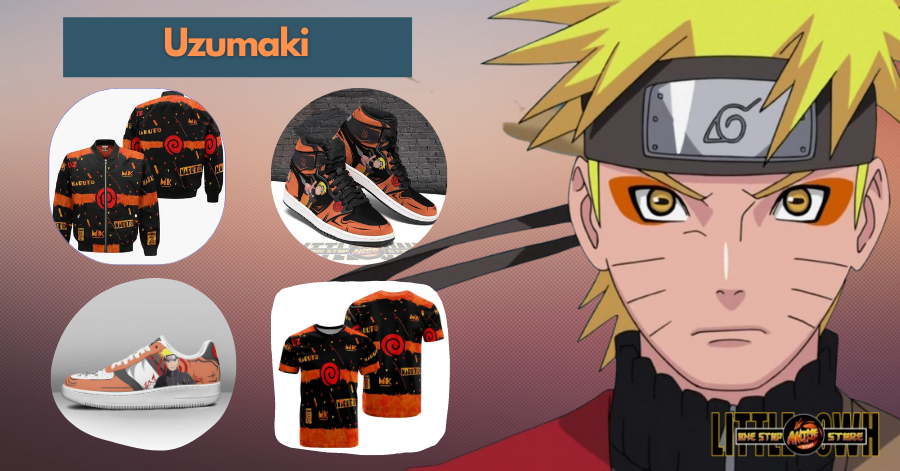 Midoriya Izuku is the main character of My Hero Academia. His look is initially pale and rarely expressive as a result of being bullied since infancy. His disposition is rather timid, although he frequently assists people with a very kind demeanor. He had always wanted to be a superhero since he was a youngster, but he was often tormented by Bakugou Katsuki. Midoriya began to befriend more people by the time he joined High School and faced Katsuki directly, displaying his leadership talents and characteristics.

Determined to become a hero, he has established a practice of observing and remembering the movements and quirks of other heroes. As a result, Midoriya Izuku can assess and prepare the best fighting strategy in a matter of seconds. He, in particular, has the ability to tolerate even the most excruciating agony during combat.

Midoriya's tremendous resolve has helped her win the toughest matches. 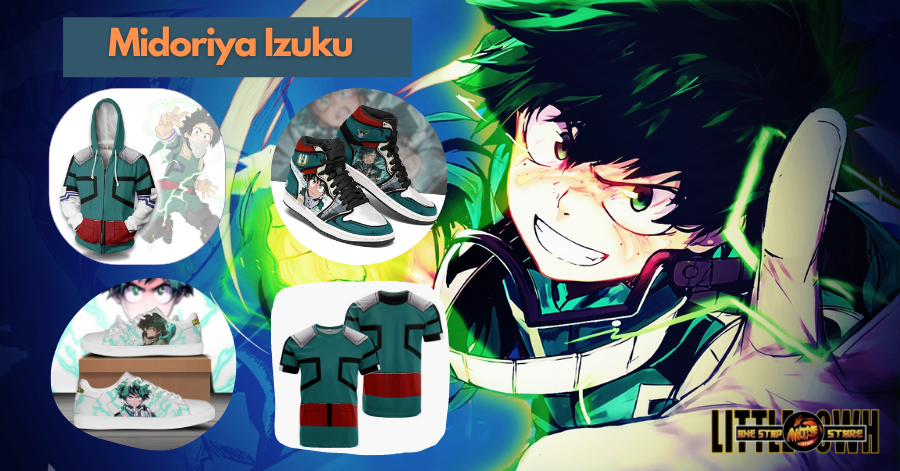 
The following are five manga series in which the main character has a superpower and is also adored by fans. Read and experience the depth; if you want to acquire these character cosplay costumes or shoes, contact Littleowh as soon as possible!