In the universe of Jujutsu Kaisen, there are spirits - monsters produced from people's negative emotions - and magicians - who have the power to destroy the spirit, as opposed to the uncle's magician. Curse masters who have negative motives and side with evil.

Yuuji Itadori, a genius with speed and strength, seeks to join a spiritual group in the film. He picked up a cursed object and offered it to his club members one day, the same one that attacked his pals when they attempted to breach the seal. Megumi Fushiguro, a magician on the hunt for a cursed artifact, helps Yuuji in his quest to save his companions. In a desperate circumstance, Yuuji resolved to consume the cursed object to save his companion. But, rather than being overpowered by the cursed object, he was able to maintain control of himself.

He was about to be killed because he was "haunted," but Gojo, the strongest sorcerer, didn't want him to die in vain and decided to postpone his execution until he swallowed 20 possessed objects. To be able to destroy him - the strongest ghost - Sukuna's curse. According to Gojo's plan, he moves to a magician's school to become a magician, and his adventure to find 20 cursed things begins. 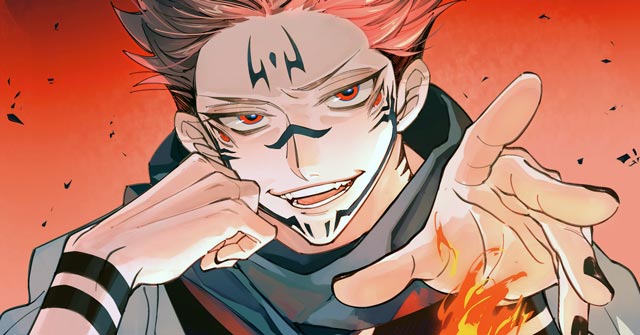 Essentially, the film's material is rather basic; the main character is an orphan who frequently has a fairly simple attitude, progressively develops stronger, and has companions by his side as he grows up. The film isn't very dissimilar to the original plot. In terms of character development, the character line is relatively diversified; all of the characters have stories to tell, and the character creation also leaves a lasting impression. It looks better than it did in the comic.

The disadvantage for me is that the process of becoming stronger is pushed up too quickly, making the spectator feel engulfed, and the type has not adapted. However, it is the character's mobility that most fascinate me. The film is produced by MAPPA, one of Japan's major studios, which also created the Attack on Titan anime. Jujutsu Kaisen has a fancy, well-invested viewpoints. The character's actions are extended frame by frame, the moves are beautifully portrayed, and the rhythm is quick, transmitting to viewers eye-catching battles.

The new series now has a 24 episode season 1 and is waiting for season 2 while reading the plot to minimize desires. The "Kaikai Kitan" OST by Jujutsu Kaisen is as good as "Unravel" from Tokyo Ghoul.