Attack on Titan is a "big brother" who uses a post-apocalyptic theme to paint his planet. The tale begins with people cowering in castles to safeguard their lives from cannibals known as Titans.

Are you new to this anime and don’t know what Titan is? Join Littleowh as he reads the article below to learn about 5 Titan's facts!

I. What is Titan?

Titan (Japanese name: 巨人 Kyojin) is the primary villain in the anime series Attack on Titan. They initially emerged 107 years ago (according to the manga/Anime setting), shaped like people, and devastated mankind to near extinction. However, the Titans were converted from humans known as "The People of Ymir," who arrived more than 2000 years ago. 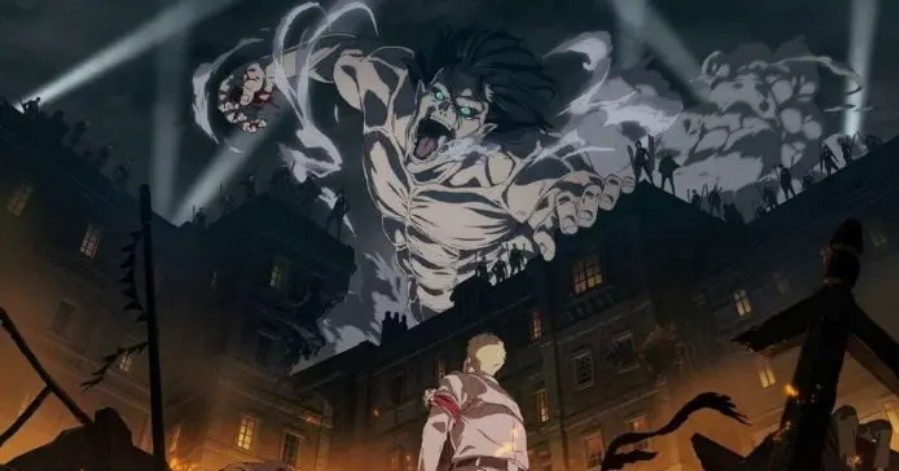 Titans have the same body structure as humans, with two arms, two legs, and additional sets of limbs (except for the genitals). The bodily components are all larger or smaller in relation to humans (large head, atrophied ass, or lengthy limbs), with muscles and tens of meters of total length. The unusual thing about them is that they don't wear anything and are completely nude; they also have no skin, displaying red muscles. The majority of Titans have a masculine form.

The Titans are distinguished by their extremely large mouths and sparse square teeth. Fangs are also used by several Titans. The Titans devour humanity with their teeth. Because they lack a functional digestive system, they frequently have to puke in order to continue eating. 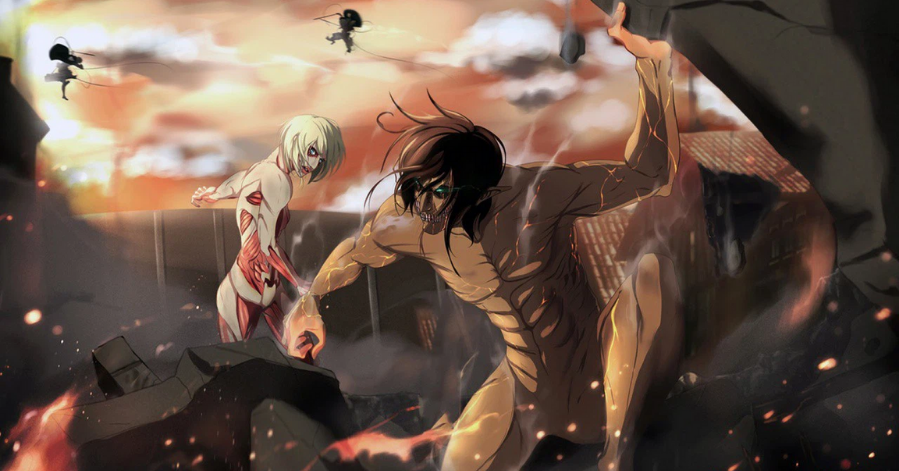 III. Wisdom of the Titans

Most Titans are brainless, inert, enormous and powerful, but easily imprisoned. Scouts use this weakness to eliminate them quickly. However, because humans naturally control the Nine Titan Shifters, they have the same emotions, sensations, and ideas as humans. These Titans can think by themselves and even converse with humans. Despite the fact that most Titans do not typically interact with one another, they appear to be connected to one another, able to "understand teammates" or obey the Titan Shifters' instructions. 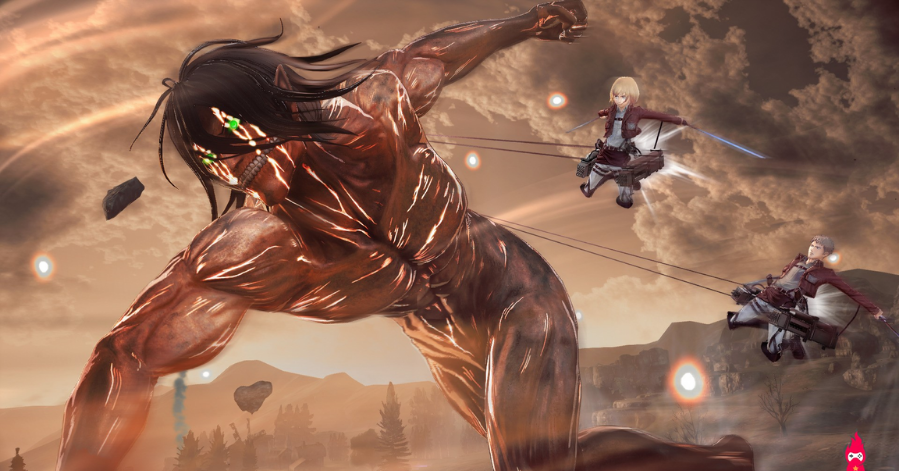 The Titans are inherently human. It is not yet known how the first Titans appeared. People can transform into Titan after being injected with a shot of the Titan Serum, triggering their transformation from their human form to their Titan form. The time between injection and conversion is very short, although not instantaneous.

It is only known that more than 1800 years ago, Ymir Fritz discovered and came into contact with the "origin of organic beings" or made a contract with the devil, thereby obtaining the power of Titan. Thanks to this huge power, the ancients were able to reclaim land, build citadels and roads. After her death, her powers were divided and inherited by nine people, representing the Nine Titan Shifters.

These Nine Titan Shifters then invaded the nation of Marley and established the Eldia Empire. They became the aristocracy that ruled this land; between them, there was constant war. The Fritz clan overpowered the other races using the power of the ancestral Titan.

However, about 1700 years later, the 145th King Fritz, the successor to the First Titan, was overthrown by the Marleys. He and many other Eldian subjects fled to the island of Paradis. There, he used the Guardian Titan to build massive protective walls around his territory. As for Marley, they exiled the remaining Eldians here by turning them into Titans and wandering beyond the walls. 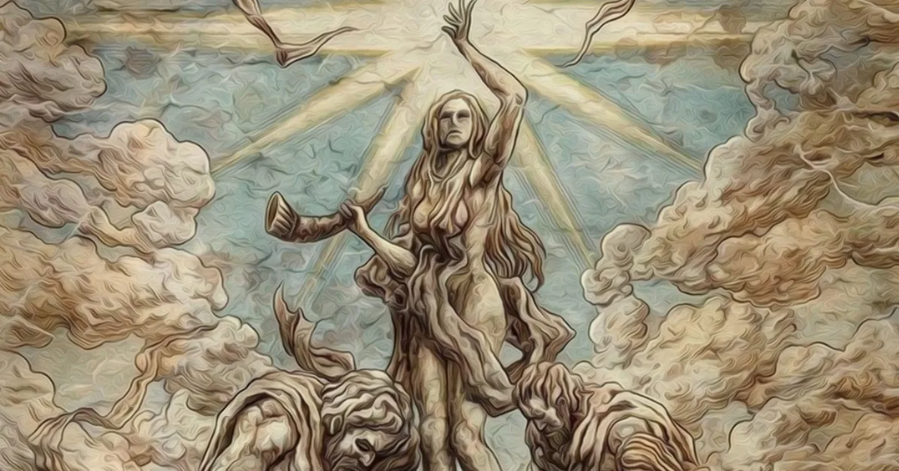 Titans of several varieties are featured in Attack on Titans, with some being stronger than others. Here are the explanations for the 11 different sorts of Titans, including The Nine Titans. Sonny, the Peering Titan, Varis, and Dot Pixis appear throughout the series.

Pure Titans (Muku no Kyojin) are humanoid-like beings with various degrees of enlargement. The bulk of Titans seen in manga and anime fall into this type, with their main flaw being their inability to think. Pure Titans are deadly owing to their overwhelming numbers, tremendous power, and enormous stature. Pure Titans are only slain by cutting the nape of their neck with two swords. Bean, a Pure Titan, first emerged when the Colossus Titan breached the gates of Trost Area, allowing Eren and the rest of the human troops to retake the district. Bean was one of two Titans kept alive to study the nature of these beats and their inherent flaws. Sonny, the Peering Titan, Varis, and Dot Pixis are all instances. 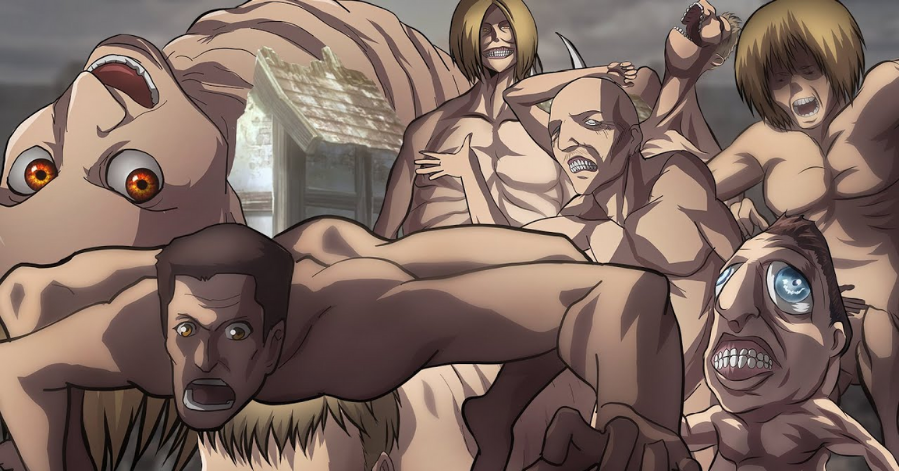 Unusual temperament and intellect enable Abnormals to make unexpected movements during battle. In addition to incredible jumps, sprinting, speed-walking, and sometimes conversing in human languages, abnormals frequently ignore surrounding people and travel to advantageous places to do more harm. Ilse Langnar's journal describes a reluctant Titan's capacity to develop ideas and words. After Hange Zo and other members of Levi's team discovered the journal, it was revealed that the Titan addressed Ilse as "Lady Ymir" and greeted her with respect. Ilse's frustration grew as she tried to communicate with a Titan who ended up smashing her skull and crying. Aliens' presence compels humans to reevaluate their perception of the creatures. Another Abnormal is Connie Springer's mother, who appeared at Ragako village as a Titan and said, "welcome home." 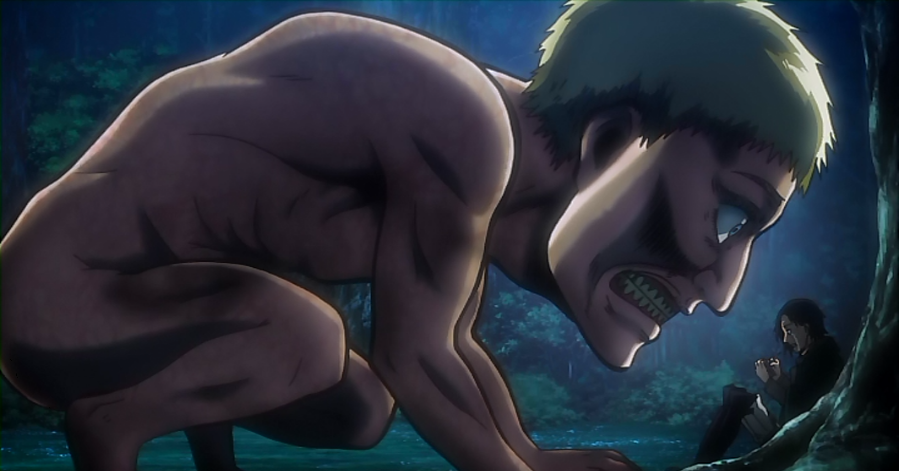 Progenitor Titan With the Coordinate, the Founding Titan, may create and control others, altering their memories and bodies. The Founding Titan is now in Eren's hands, although its power has traditionally been reserved for royals. This Titan can create and manipulate titans, change memories, and communicate telepathically. Eren accidentally utilized his command over other Titans to defend Mikasa, and an Eldian monarch employed anatomical modification to make the Subjects of Ymir resistant to widespread disease. The Coordinate Founding Titan is 13 meters tall, but it may grow higher if its full powers are used. For his part, Jean goes to the head of the Founding Titan and detonates explosives wrapped around its neck, severing it from the Source of all living things. 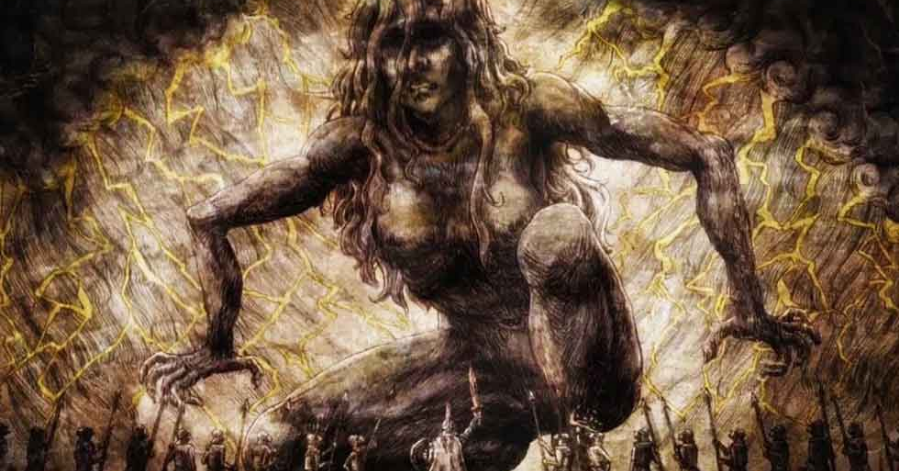 Braun's Armored Titan is 15 meters tall and resembles his human form. The Armored Titan has thick, reinforced plates covering its body, protecting it from external assaults like cannons, steel blades, and vertical moving equipment. The Armored Titan may also harden its limbs and feet, producing deadly claws. Its main flaw seems to be the lack of armor on the rear of its joint and the inability of the armor to resist powerful weapons like the Mid-East Allied Forces artillery. Reiner's Armored Titan form dissipates during the War for Paradis storyline when all Eldian Pure Titans revert to human form. 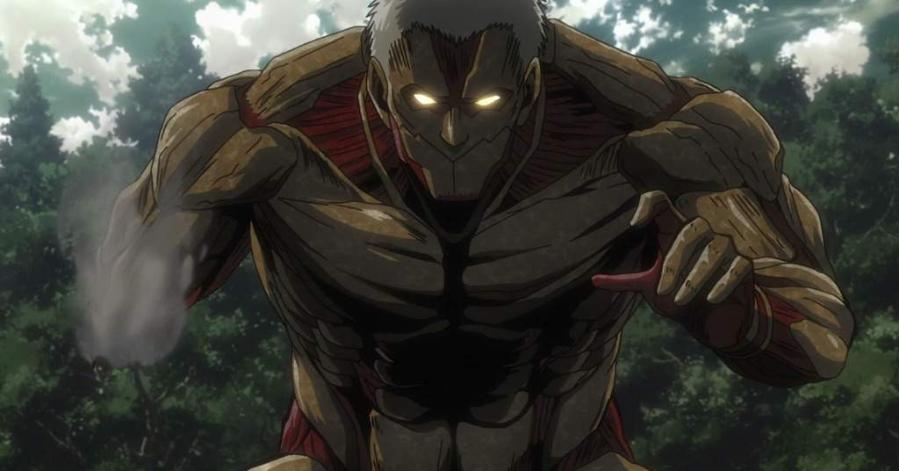 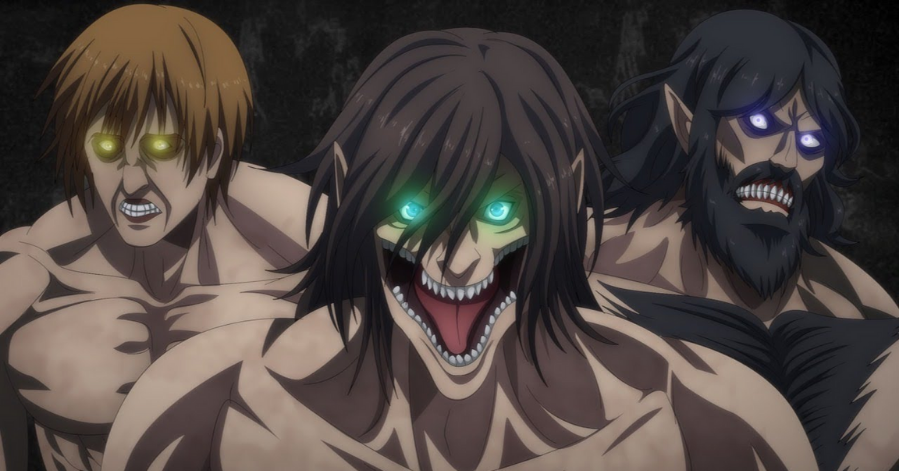 The Beast Titan is significantly bigger than most and has animal characteristics that are dependent on the user. The Beast Titan resembled elks, birds, bulls, and wolves, whereas Zeke Yeager's Titan resembled an ape. It's also worth noting that Falco was turned into a Titan using Zeke's spinal fluid, earning him the same epithets as the Beast Titan. Moreover, Zeke's Beast Titan could hurl things with incredible precision and devastating power, as shown during the Shiganshina District fight, when smashed boulders wiped out most of the Survey Corps. Zeke's Beast Titan may also convert Subjects of Ymir into Titans owing to his royal ancestry. 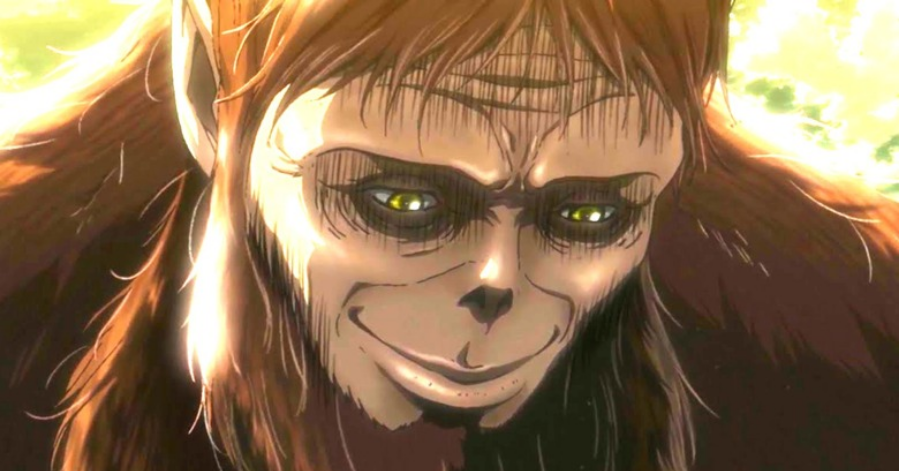 Unlike the other Nine Titans, the Cart Titan can go on longer missions without resting. This Titan's absorption resistance enables it to wear combat armor, mobile machine gun platforms, and cargo packs. Unlike other bipedal Titans, the Cart Titan is quadrupedal, making it difficult to walk erect in human form. In terms of disadvantages, the Cart Titan has weaker defenses, slower regeneration, and is more susceptible to a lethal strike. A speed rivaling the Jaw Titan, the Cart Titan beat Zeke and Reiner during the Battle of Shiganshina, taking Levi and Hange off a surprise. 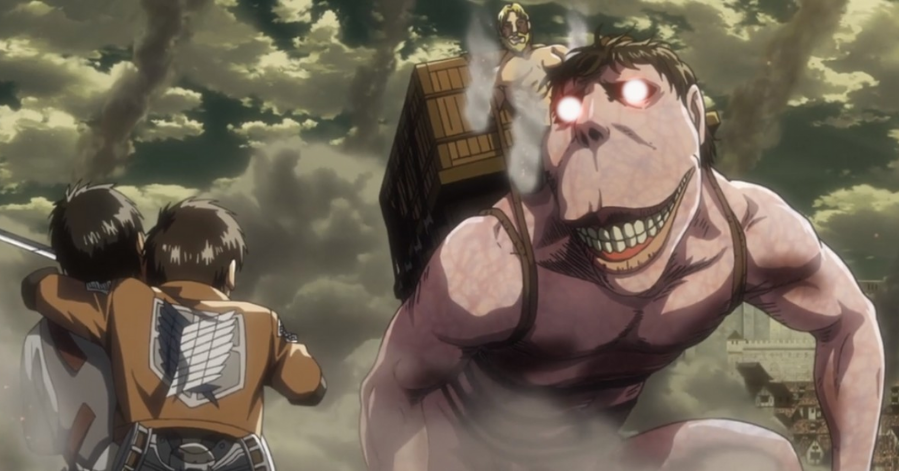 When Bertolt attacks Trost District, his metamorphosis produces a tremendous wind blast. This dust and debris mushroom cloud caused many Survey Corps soldiers to die during the Battle of Shiganshina District. The Colossal Titan may also kick the outer gate of Wall Maria, as its name implies. The Colossal Titan can also manipulate the steam it emits from its body, scorching and deflecting assaults. Eren fights Armin in his Colossal Titan form in the closing minutes of a battle against Armin and Mikasa. While Eren outperforms Armin in terms of strength and strategy, Armin manages to restrain him long enough for Mikasa to murder him before kissing him farewell. 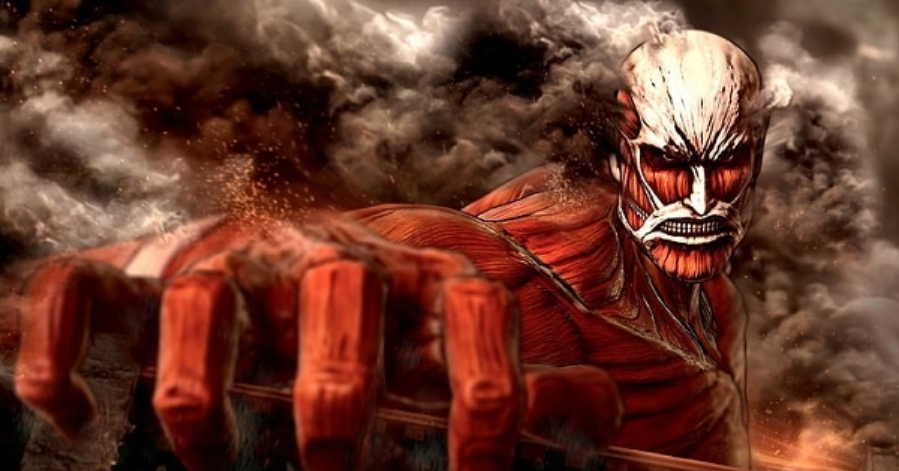 The Female Titan, like the Founding Titan and Zeke's Beast Titan, has a scream-based power to influence Pure Titans. Annie Leonhart utilized the Female Titan's ability to lure Pure Titans to collect them on Paradis Island during Wall Maria's collapse. However, once approaching the Female Titan, the others prefer to assault and devour her body, which may be resisted using vertical moving equipment. This Titan's skin can harden at command, shattering ultrahard steel swords upon touch. Annie may also emerge out of her Titan's nape and form a protective crystal cocoon around herself. A female Titan's fingers are cut off during the 57th Exterior Scouting Mission Arc, enabling Eren to tear the Titan form a part, but he begins to merge until Levi comes in and stops him. 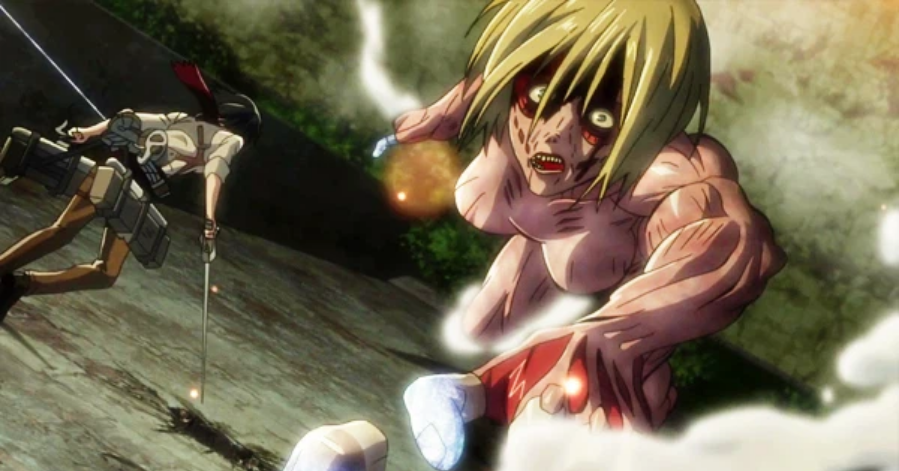 The Jaw Titan, as its name implies, has strong jaws that can rip through nearly anything. The Jaw Titan can move quickly enough to catch some of the Nine off guard and smash armored opponents between its teeth. Those wielding the Jaw Titan’ might display remarkable speed and agility, particularly in terrain like Titan Forests, even surprising some of the other Nine Titans. Ymir has just hardened teeth, but Falco and Marcel have hardened, armored masks and jaw plate that is nearly indestructible. Flaco's Jaw Titan may also grow wings and a tail, enabling it to fly while holding humans. 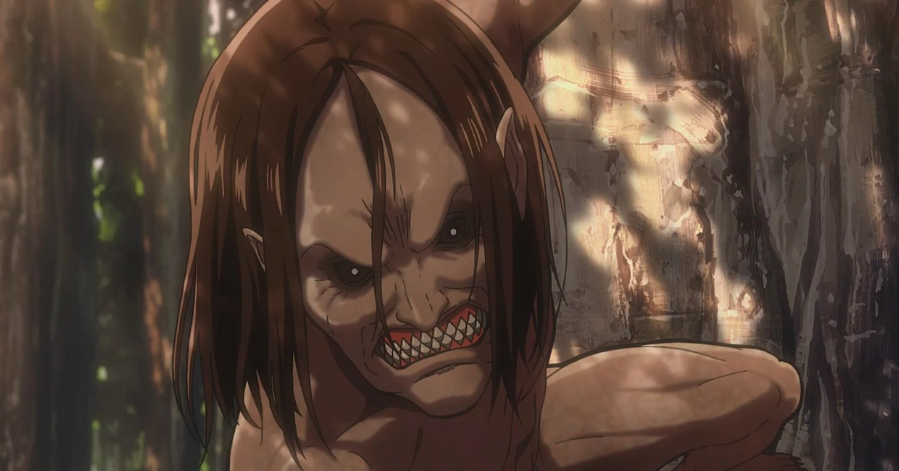 The War Hammer Titan can create and control constructions composed of hardened Titan flesh, weaponizing them as spikes and swords with serrated edges. Theo Magath says that although the War Hammer Titan's structural hardening is a powerful tool, it should be used sparingly since it depletes the user's stamina. For example, unlike the other Titans, the War Hammer Titan may remove its control center from its neck and link to its host through a flesh cord. This Titan may also change without its operator within its nape, a unique feature not shared by the other Nine in Attack on Titan. 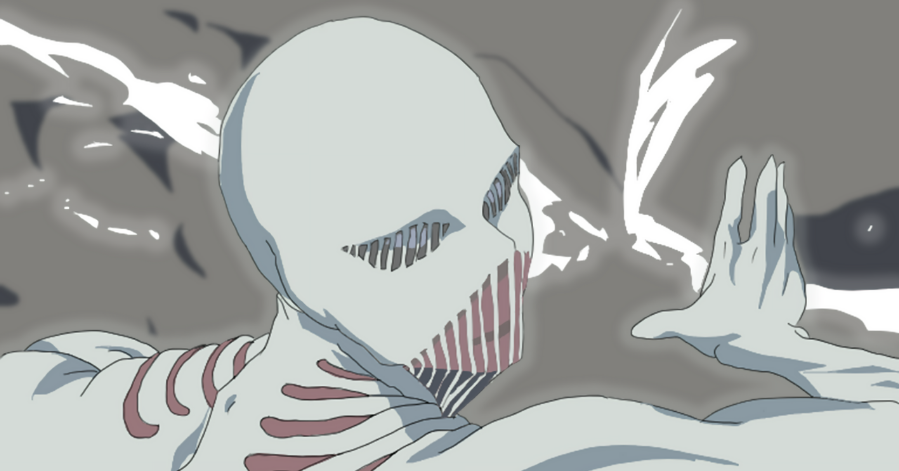 Littleowh has recently collected all 5 Titan's Facts, which can be seen above. I hope you found the information above to be helpful.