5 Most Terrifying Monsters in Sailor Moon

The iconic Sailor Moon series contains full of terrible monsters, despite the fact that it is considered harmless today. 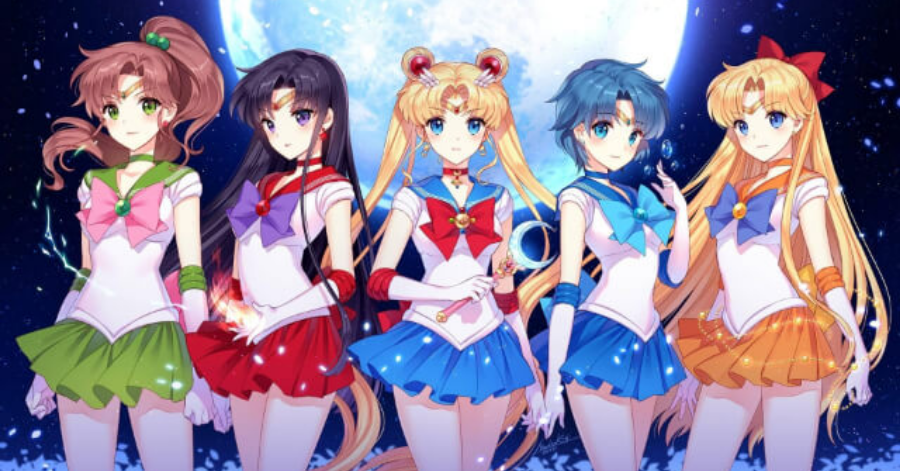 Sailor Moon is now seen as an innocent anime, with many fans reminiscing about Usagi's clumsiness and the show's ridiculous set pieces. In fact, it appears to be when compared to later dark-themed magical girl series like Puella Magi Madoka Magica.

Even when you view it again, you realize how horrifying some of the creatures are, and how disturbing their designs may be. Listed below are the five most frightful Sailor Moon monsters for your viewing pleasure.

An Ail and An summoned Cardian creature called Reci appears like an old woman from the Heian period in human form. Her true nature, on the other hand, is that of a bizarre demon/plant combination. Additionally, she has cherry blossom-covered vines draping from every limb of her monstrous shape. Using these vines as hostile tentacles, Reci moves even further into the uncanny valley. She is able to control these vines. In addition to being able to conceal herself in a tree, she adopts some disturbing stances while doing so, further enhancing the sense of grotesqueness.

What makes Reci even scarier is that she sucks the energy from the Sailor Scouts and shatters Usagi's brooch, preventing her from using her Sailor Moon powers until Queen Serenity intervenes. As a result, Reci is a terrifying combination of both scary and lethal. 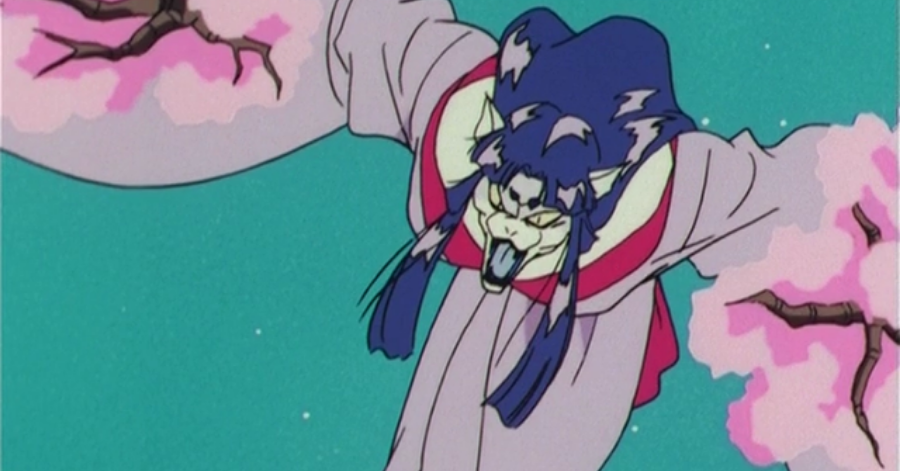 2. Jumeau, the Porcelain Doll of All Powers

With Sailor Moon's Jumeau, the creepy doll has been given a modern twist. Mika Kayama, a Japanese dollmaker, has implanted the Youma's essence into a porcelain doll. Jumeau can now control all of Mika's dolls, turning them into fanged monsters who lunge at people, as if they were real.

It's even worse when you see Jumeau in his true form, which takes the form of a mannequin-like creature with free-floating limbs. Jumeau fires these limbs at his enemies, which are razor-sharp. When it comes to fighting Sailor Moon, it has the ability to manipulate its limbs even after they've been severed. Jumeau has the ability to regrow its limbs, making it practically indestructible. Because the creature disguises itself as a normal-looking doll, you won't know you've encountered a threat until it's already too late. As soon as Jumeau exposes itself, it is practically impossible to stop. 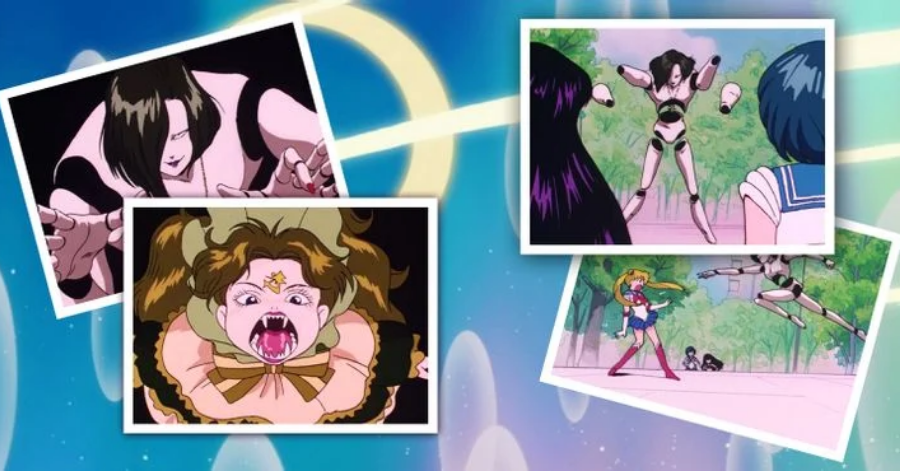 3. An Evil Creature Posing As A Fairytale Princess, This Is Murido

Murido carries on Sailor Moon's scary doll motif, but with a fairytale twist, like other monsters. The Dream Princess, the park's mascot, assumed this Youma's identity. While disguised as a princess in pink fairytale-style attire, she fit the bill for the title.

But things take a dark turn as Murido exposes her actual nature. Clockwork doll: Her head retracts into her body as she twists and turns with a frightening clicking. In her new form, she possesses ventriloquist doll-like lips and rolling eyes. This is one of the few times where the original DiC dub actually enhances the terror. If you listen closely, you may hear tearing noises as Murido's skin tears apart and her head rotates during her transformation. It's almost as if she's wearing a flesh-colored suit or shell disguised as a human body. With Murido's ability to shoot a red mist that ensnares anybody it hits in an unconscious dream-like state, she may influence and drain their energy. 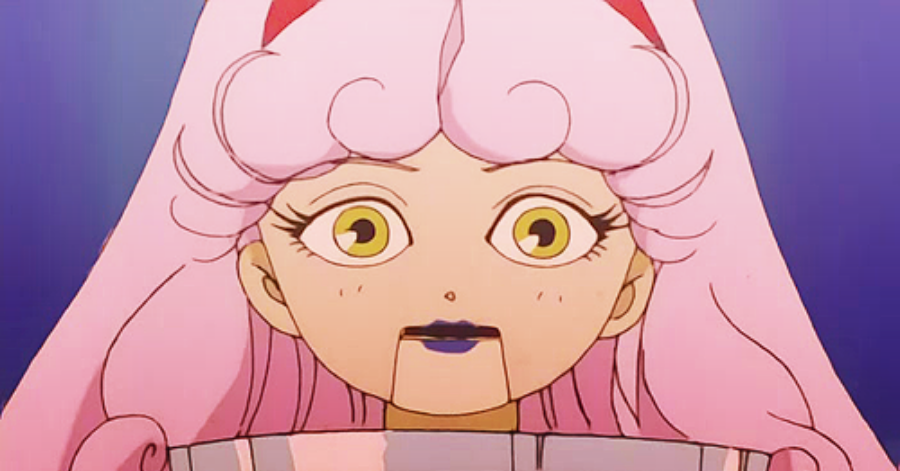 The enemies of Sailor Moon are often whimsical in some way, whether it's through their concept or color pallet. John Carpenter's The Thing appears to have inspired the Proto-Daimon. When a Daimon Egg is united with an unwilling Mugen Academy pupil, the result is the Proto-Daimon. To make things even scarier, the hapless student is changed into a large red mass with glaring red eyes and wriggling tendrils that only serve to enhance the creature's appearance.

Thanks to Deep Submerge, Sailor Neptune was able to bring down the beast and the host remained uninjured. For kids who grew up watching this episode, becoming a monster like the Proto-Daimon must have been an inescapable fear. Daimon's designs have improved since the Proto-Daimon; else, Sailor Moon would be remembered as a horror show rather than a magical girl series. 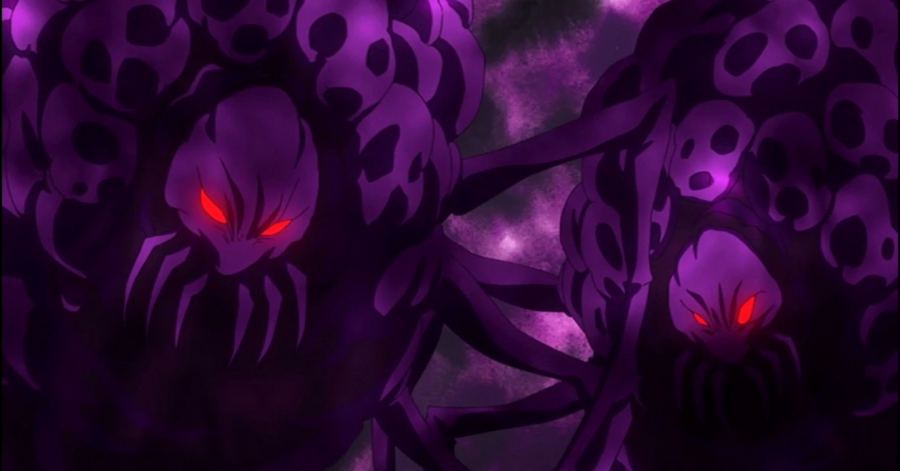 You only have to look at the very first episode to see that Sailor Moon was not afraid to scare its viewers. Most magical-girl shows feature a simple monster as the first opponent for the protagonist. Nevertheless, Sailor Moon went all-out, sending Usagi in to take on the frightening Morga, a half-human monster.

Initially, this Youma appears to be a normal human shopkeeper, but Morga's actual form is an uncannily proportioned zombie-like creature with wrinkled skin and a horrific slasher smile. Sailor Moon is seen to be able to turn her head 180 degrees in order to scowl at her. Unlikely Youma attack: Morga strangles Sailor Moon's friend Naruto’s death, and she could have done so if Usagi had hesitated in taking on the Sailor Moon mantle. When she kidnapped Naru's mother, Morga posed as her, which means she could be anyone and you wouldn't realize it until it was too late. 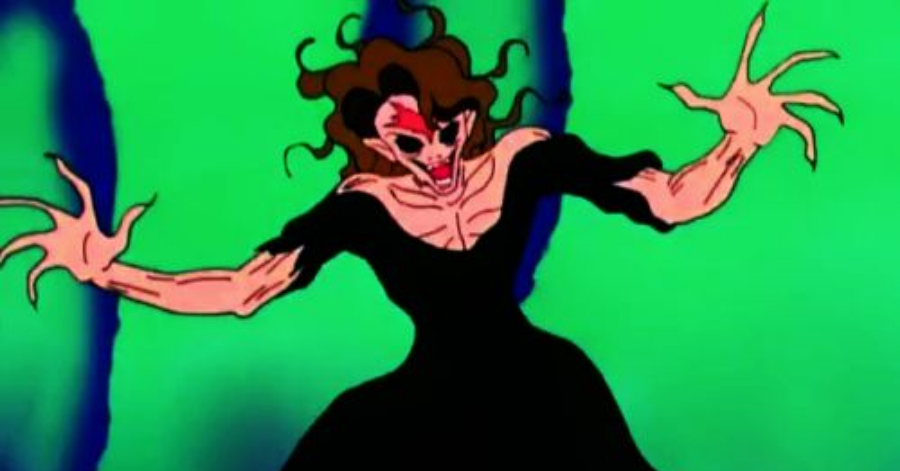 Above are the 5 Most Terrifying Monsters in Sailor Moon that Littleowh has just compiled. Hope you enjoy reading!

Follow on FacebookFollow on TwitterFollow on InstagramFollow on PinterestFollow on TumblrFollow on Tiktok
Happy birthday, Rukia!!!Back to ArticleSoul Eater: How to Begin Watching Anime and Manga